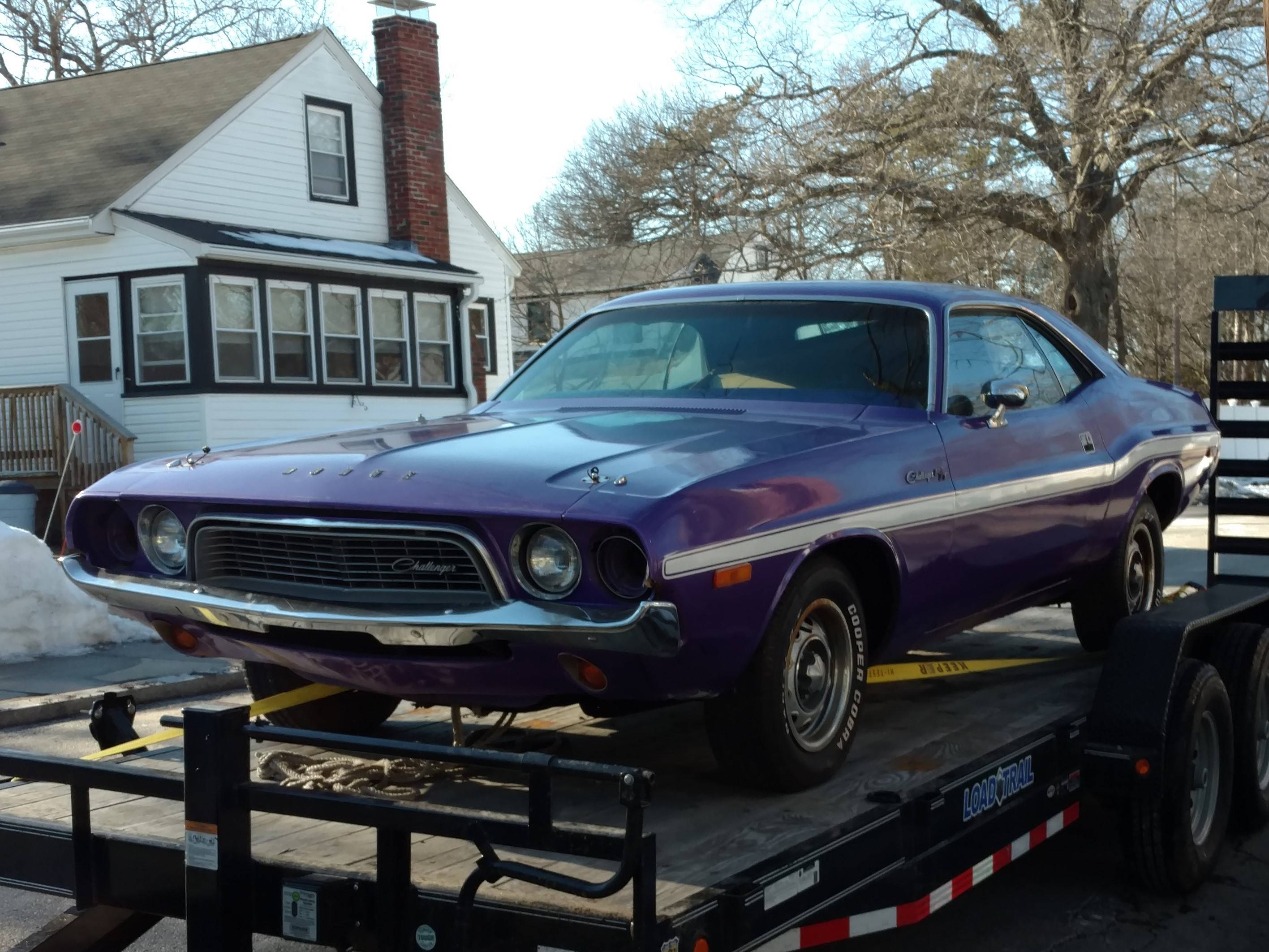 1972 base Challenger w/ 318 (1968 or 1969 engine) purchased in early 2017 after it had been brought up from Florida and stored in a garage (mostly) for about 8 or 9 years. The previous owner had some electrical issues and was unable to get the car running again. Turns out that the main power feed at the bulkhead connector burned out and started a small fire. Unfortunately, none of the fluids were drained when the car was stored so there was plenty of corrosion in the cooling system and plenty of varnish in the gas tank! Been working on it slowly and have started a thread in the member restorations section to document the progress.
Share:
Facebook Reddit Pinterest Email Share Link

There are no comments to display.