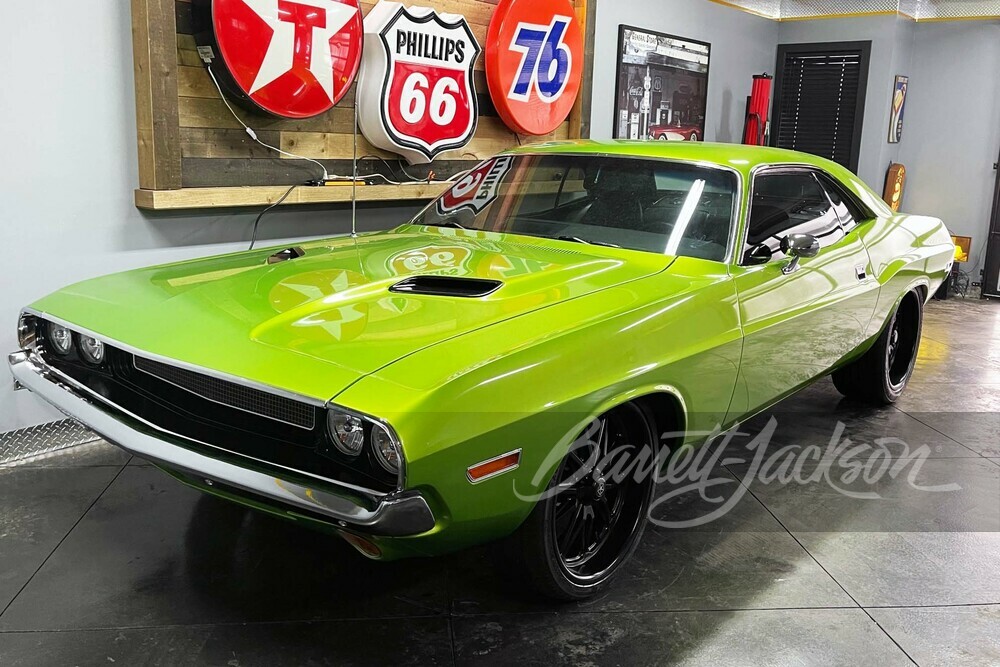 Heavily modified with 5.7 hemi and 5 sp manual
Custom green with many up-dates
Another A66 resto-modded
NICE CAR; Wish it still had the 340. 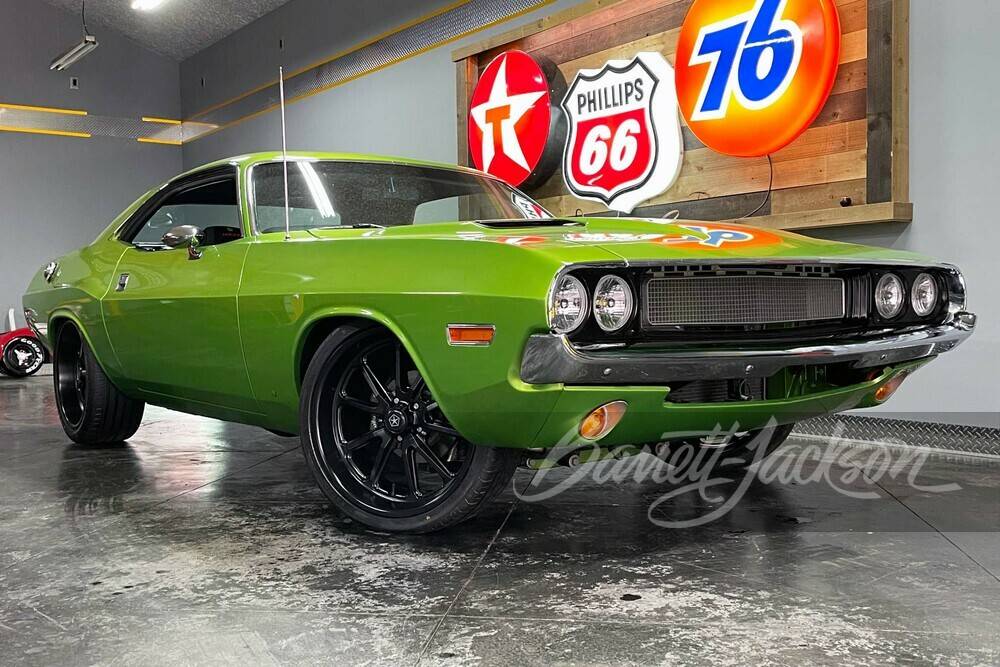 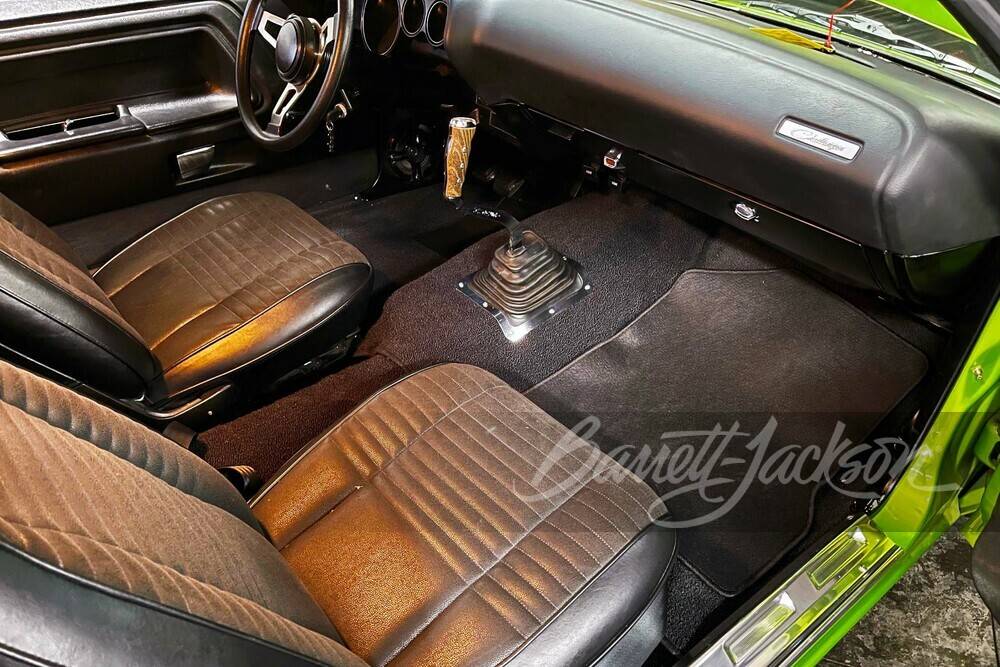 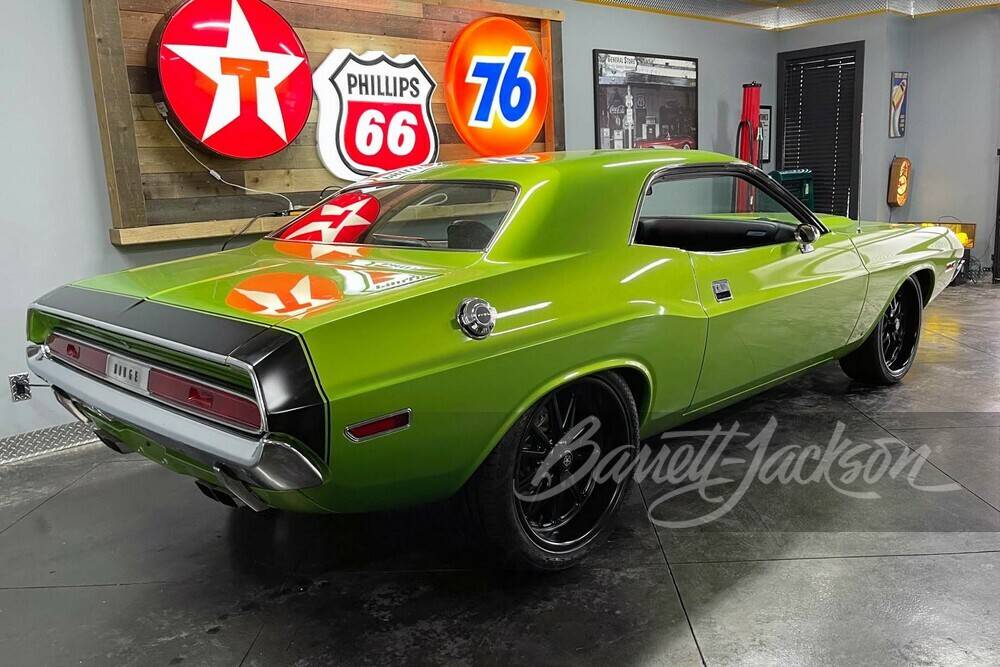 Challenger A66 Evaluations based on Hagerty Insurance and Sales Statistics as if December 2021;

Here are the Hagerty evaluations for A66 convertibles as of December 2021;

Found an A66 tag that was posted on a Mopar site (tag only) in October, 2011.
Poster mentioned the car was shipped to Europe. JH23 H0E 114720. Car was an October 23 build w an automatic in FK5 with the rare H6K4 cloth vinyl interior and V9k stripe.
Came with the light group A01, the basic radio group A04 and the A63 molding group/M31 belt molding.
Also had power brakes, a 6 way seat, rear defog, and a luggage rack.
Must have been a stunning A66.

Picture not specific to this tag, just as a reference, Really rare and cool interior 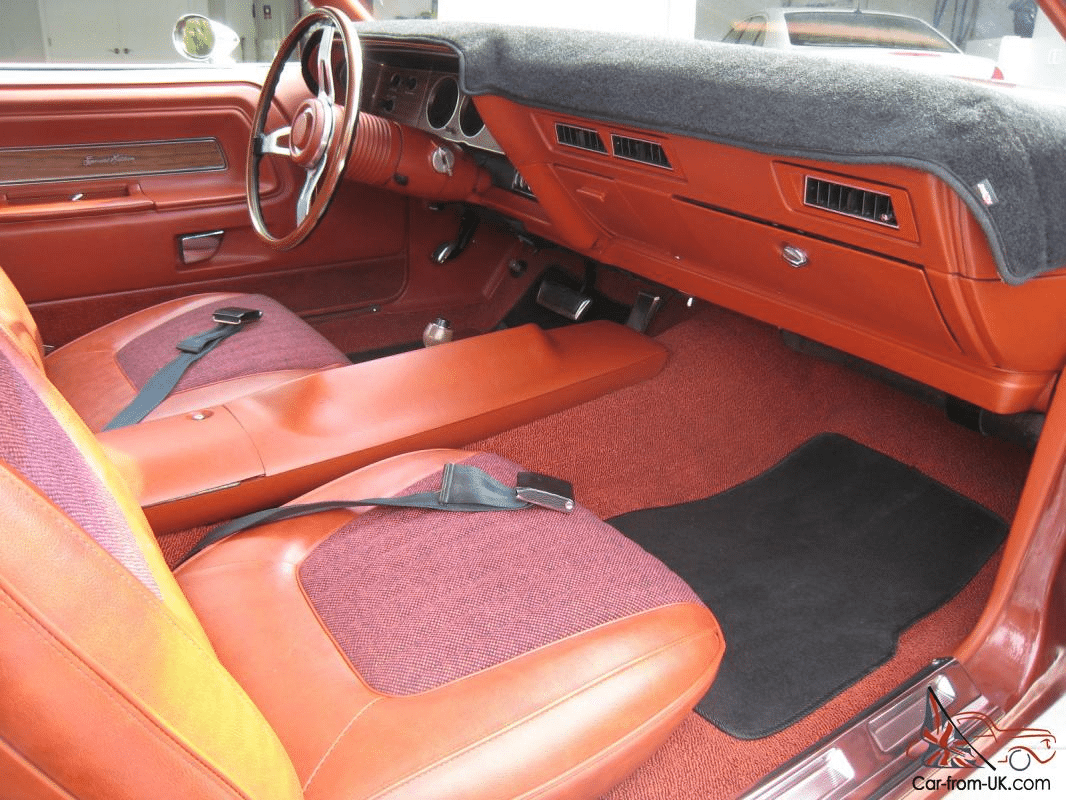 A66 Challenger automatic was auctioned in January 2022. Anyone know if it was sold? Looks to be still on the market!
(Raleighclassics.com) Nice car with matching numbers, rallye dash, AC, burnt orange w matching color interior. Came with build sheet. California car https://www.raleighclassic.com/.../1970-dodge-challenger 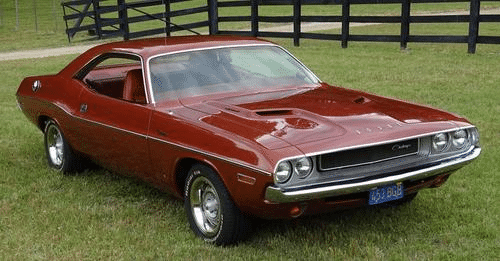 "A66 Registry Retread" This beautiful A66 Challenger convertible 4 speed (one of 66 made) was sold at Mecum Harrisburg, July 2015 for $75K. Seller at the time claimed it was the last 340 Challenger convertible made in 1970. It is a late serial number car (390295). It is the highest SN convertible number in our Registry. Sold with 88.6k miles at the time. Original sales highlights includes a copy of the original Monroney sticker. Enjoy 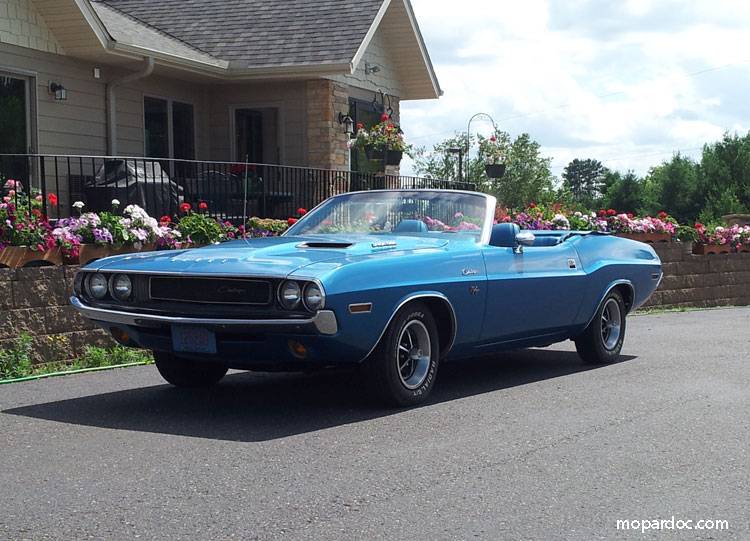 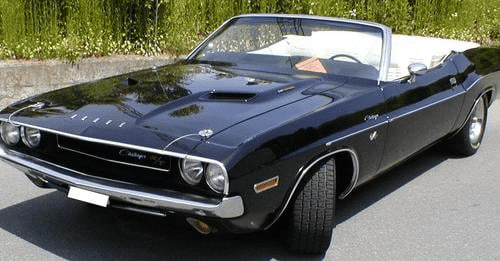 Beautiful A66 Challenger convertible in black, day after RT emblems

This beautiful A66 Challenger vert is owned by Chris K. who imported the car to Switzerland in 1979! He has removed the day 2 RT since!

340challconvert said:
I kept tabs on this A66 Challenger convertible that was for sale on Fast Lane back in May of 2011. Nice, loaded A66 vert, automatic with ps, pb, pw, 6 way seat and factory AC. Car also has hood pins, rim blow wheel and is in FK5/black. Car was sold somewhere down the line. I have it originally listed on Mid American auction and sold in March, 2010. I do have a file on it as JH23 H0B 171654. Anyone know of this car?
Click to expand...

Love the burnt orange color on Challengers and Chargers

Interesting data on A66 serial numbers and production plants from the A66 Challenger Registry;

Here is some data; What is interesting are the date codes in relation to serial numbers and order numbers against specific plant production.

The earliest SPD in the A66 Registry is an HOE car with a 9/29 date and SN starting with 108.
(Keep in mind that the A66 package was a late production decision and they did not become "formally" available until mid October 1969.)
The earliest A66 HOB car is dated 9/22 w a SN starting with 130, with heavy Hamtramck production in October, November and December.

Early serial numbers 108 though about 129 was all HOE (as per the A66 cars in Registry) September through December.

On the later end of A66 Production (as per the Registry);

Cuda Hunter- Post number 8 has a youtube video that has the fender tag and the car in it.
fy1 fy1 xw v9x A66
Thought you might want to see this car. Sold in Denver a few days ago. 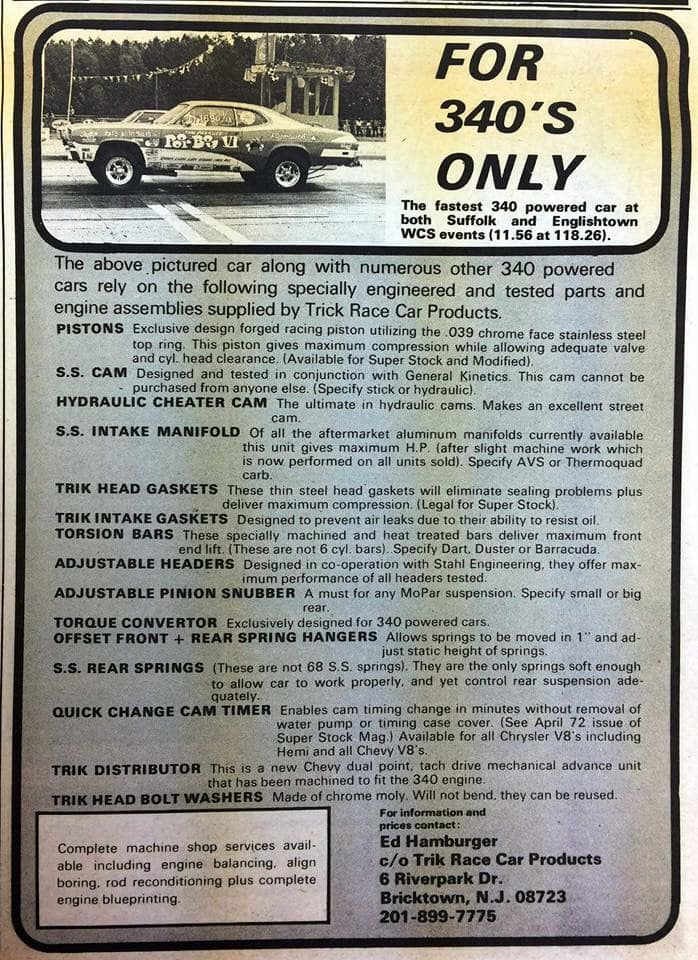 You've been doing a great job. Keep it up !

A66 Challenger vert from the Registry Archives. Nice color combination. Anyone own this one? 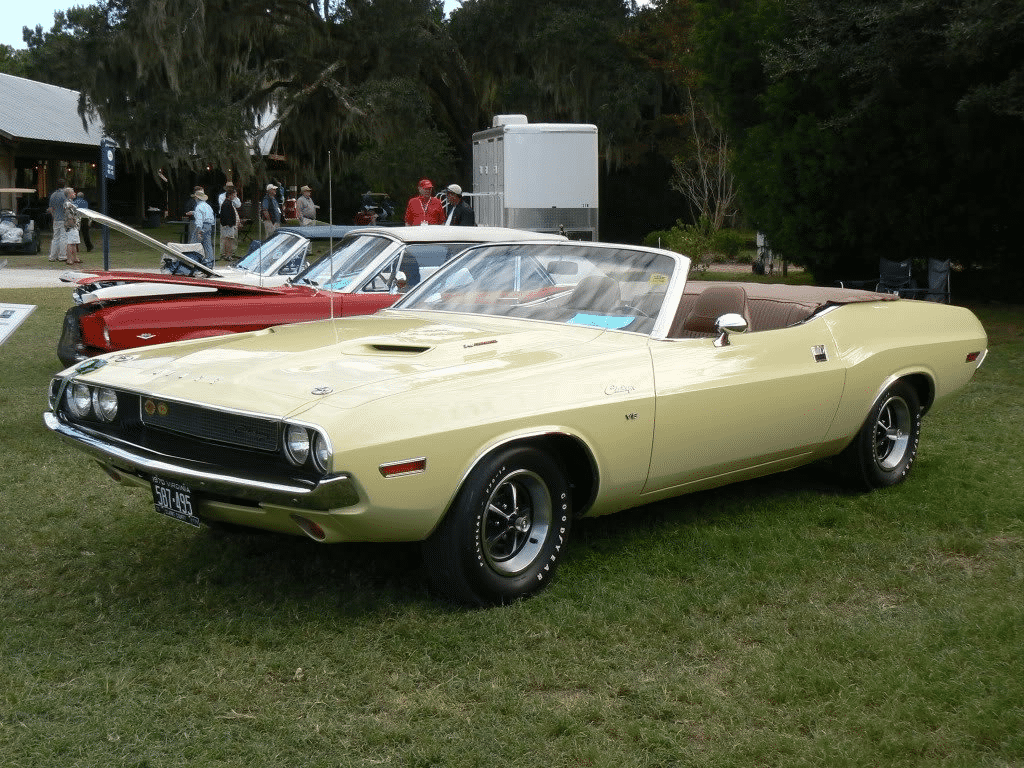