New to the E-Body forum

Hello forum members...I'm an old "For B-bodies Only AND Truck forum member". My first E-body was a 1970 SE/RT GoMango Challenger 727 automatic, AC 440 "U" car. The second day of ownership I took it to Dayton Ohios Krammer & Krammer (I think, they raced Dodge and Plymouth from Dayton Ohio and had a station wagon was was a NHRA Class Winner. They were all over the car, checking it out. I let my EX-Wife drive it daily to Wright-Patterson AFB, she was a Dietician for the Air Force. I purchased the car from a Charlie Caudill, he had to R/Ts, both GoMango. Bothe 440s. The car was so special to me but I sold it for a Down Payment for my first home in Fairborn Ohio, spent 12 years there. Lots of MOPAR cars there as Chrysler had their "Inland" division there. the car was quick but most of all...it had the "LOOK" You all know, a SE/RT GoMango...that longitudinal stripe and the Color with the "Opera" rear window. I think of that car often. Now I have a 2018 Longhorn loaded 4X4, 3 Dodge Polara type cars (1. 330, 2. 440 4-door and 3. a Dodge Polara Max Wedge Clone) along with a 1970 Dodge Superbee, 383 auto on column, bench seat and AC with the Hockey Stripe and Black Vinyl roof. Had a 1
May 1969 Hemi in it but pulled it for the original 383, going back in. PICs or it didn't happen...YES? 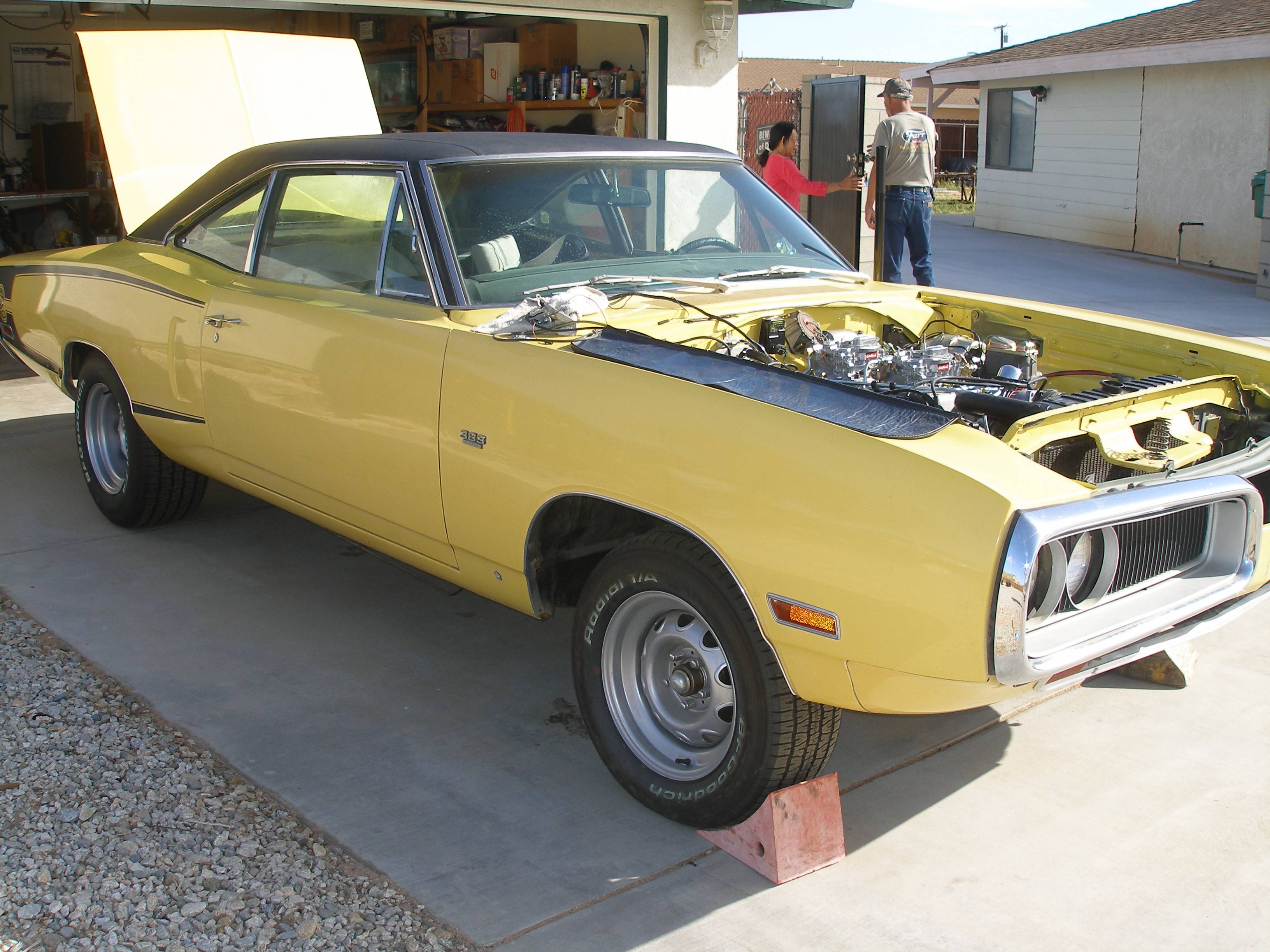 Welcome to the site from the Motor City! Good to see you over here from FBBO.

Big welcome to the site from BAMA'
M

Welcome to the site from Michigan and nice Bee!
C

Welcome from Panama !
Sounds like a fleet of nice cars !

Thank you...well, Kind of get carried away sometimes but I will always remember and desire the 70 GoMango SE/RT...perhaps another E-body is in the future?

to FEBO from New Jersey
I too am a fan of the mid-sixties B bodies.
That Superbee in Y-1 also looks GREAT.

Welcome to FEBO from Nebraska! Nice to see you here!

Welcome to the site from Arkansas! Cool cars for sure.